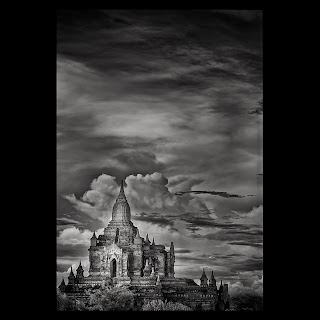 This image was captured during my Palm Beach Photographic Workshop to Burma. We were on our way to our next location it was sunset. I found myself "blazing" a trail rather than following one. I was covered from head to to with prickers from th forest of pricker bushes I had fallen into. My tripod was being better used as a machete. When I finally broke through to the the trail that had been already been made by hundreds of years of people and cow traffic, this is what I saw.