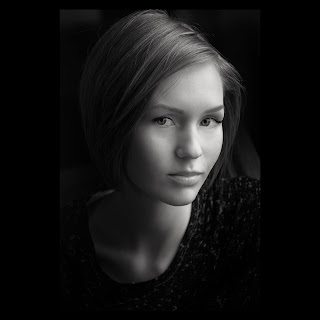 I am in the process of building a natural light studio, which according to the architect will be done sometime towards the end of April early May. Well I made a promise to shoot this actress's head shots months ago when I returned from Burma and Cuba. I was operating on the silly belief, because when I built my main studio I had every delay there could ever be, that there would be no delays in construction and permits...... Well that does not change my schedule, I am off to Burma on Jan 6th, or her needs as in head shots are like hair cuts and when you need one you needed it yesterday.

Crappy weather, it drizzled the whole day and was dark and overcast. When I did this type of photography back in the days of film this would be a game over can't shoot. But that day was not yesterday. D800, D600 D4. I was able to shoot at 2000iso with no noise on the D600 and D4 with no noise. The D800 for IR was a little less forgiving I can only take that up realistically to 800iso. When I shot film I shot at no more than 200iso. I shot 1458 frames from 1pm to 4:30 pm when the light completely crapped and it started to hard rain. That is the equivalent of 40 rolls of film.


This image was captured  by a Nikon D-800 camera modified for infrared. Super Enhanced color conversion done by LifePixel with a 24-120 mm Nano coated VR II lens
using the Nikon electronic file format (.Nef) Shot on Lexar 128 gigabyte 1000 speed UDMA Flash media. file was post processed using capture NX 2.0 software, Nik Color Efex 4.0 and Silver Efex Pro 2.0. The image was produced running the IR Action that I have created for my first eBook project "From Oz to Kansas: In the Heat of the Light" which will be a discussion of my discoveries about shooting digital Infra Red. I will be writing this eBook with Sean Dyroff.
Posted by Vincent Versace at 9:26 AM