D800 Burma Sunrise and a Thank You 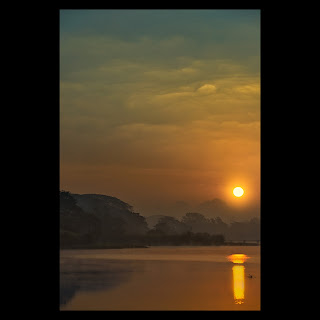 On January 7th I had to purchase a new laptop. The reason? The size of D800 files. To process one from start to finish it felt like I was passing a birthday every time I worked on one. Soooo I decided that it was time to suck it up and buy a new machine. The machine I decided on was the non Retina display 15 inch 2.7 Macbook pro with a 1TB hard drive. The reason? Glossy screens in the field do not work for me and a hard wired hard drive that I cannot replace should I need to (I have yet to own a laptop where I have not needed to) is not a prudent choice for someone who works his laptop as hard as I do. I get that this is the future, but for now I can still delay the inevitable. Also it has an Ethernet port, Firewire 800 USB 3 and Thunderbolt. SO everything I own today works.

This time I decided to suck it up and instead of doing the transfer of software from old to new, I would do a complete clean install of ALL of the software. Which is, on the very best day and by anyone's measure, not my idea of a good time. To compound this joyous experience I was leaving for Burma (Myanmar) first thing in the morning January 8th. So January 7th I had every computer I own download all of the software that I needed from the internet. The plan install on the airplane all software.

One of the things that happens is laptops, if you travel a lot and live on your laptop, become like the closet of a college student the night before the parents come to visit him the dorm; filled with EVERYTHING you have ever owned. The other thing is you take that for granted. You just accept that everything you need is just there 'cuz..well.. it's just there. I replace my laptop every three years and the one I was replacing was going on four years, so yeah it was time.

Well I did not think to actually BRING the old laptop....

So when I went to install all the software I did not have the any of the serial numbers. Because the folder that is in my Documents folder "ALL_SERIAL_NUMBERS" was not on my new laptop it was on my old laptop. Did I mention I was going to Burma? And did I mention where I was going in Burma was the Himalayas to photograph remote mountain tribes? To say the internet is slow in Burma would be to give slow internet a bad name, and to think that there would be internet access in the huts of remote mountain tribes in the Himalayas? So I was left as an option "demo mode" for all of my software.

Which worked! I had to click "demo" everytime I lauched anything, but I caused this issue so I had only me to blame (I hate that when that happens... yelling at yourself is only fun for those watching).
So yesterday I was in Florida ( I live in Los Angeles, I flew straight to Miami from Yangon Burma, or 31 hours, to teach). Well the demos timed out. Most importantly the demo for my beloved Niksoftware Color Efex Pro 4 timed out... It was not until that moment that I realized just how important and how much of my imaging relies of that technology. In the simplest of terms I cannot creat the images that I create without it. I was stopped cold. Did I know how to kinda work around it in Photoshop? Yeah I guess but why? I cannot achieve the quality of image enhancement. Not to sound like a commercial but if anyone form Niksoftware is listening thank you. Thank you for every image I have created in the past 13 years.