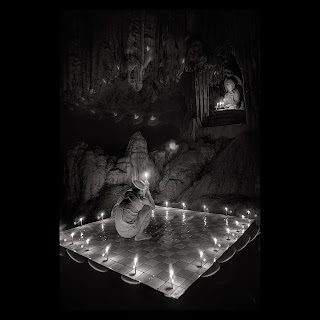 This image was captured in a cave monastery in the Kayin state of Burma. This is one of those rare images where you have more in the image that you realize. I was lucky enough to come upon a young monk praying. I have never seen lens flare occur like this in an image work so well.