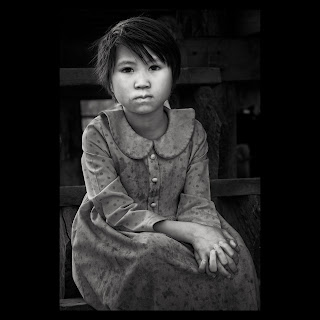 I shot this image after having traveled on the worst road ever on the entire planet. T say this was a terrible road was to give bad roads a bad name. We were on this road for 8 and a half hours. We were on our way to the Chin state located in the Himalaya mountain range. This young girl was sitting on the steps of her home watching us as we scraped ourselves out of the car.