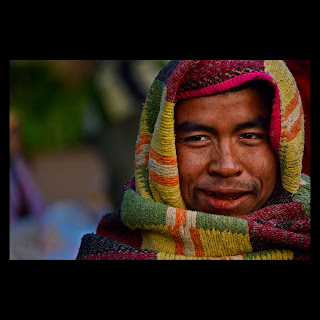 I shot this image just before sunrise in Mandalay at a morning market, right after the previous image of the woman. The reason his teeth are discolored is because of of the extreme consumption of Beetle nut. The extreme consumption of Beetle nut also is the cause of the for the happy face at 5:30am.... Gives a new meaning to the concept of "wake and bake."