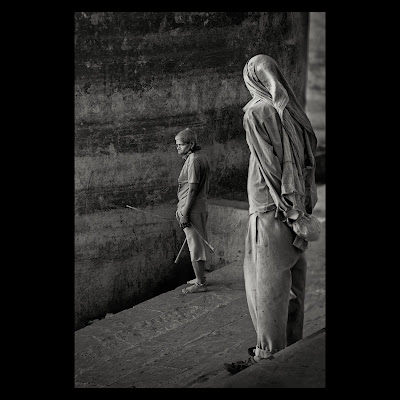 I captured this image on the  second morning of my three day Varanasi workshop put on by the Indian talent pooling webiste tumbhi.com. I was waiting for our boat to take us up the
Ganges. What was really exciting to me about this workshop was I was asked to teach Indians a new way of seeing their country. They were very keen to be opened up to the possibility. It was one of the most wonderful experiences I have ever had